Back to all News

The Blue Chalk-edited film, “The Blackfeet Flood,” was featured at the 2019 Big Sky Documentary Festival, which took place in Missoula, Montana, at the end of February.

Directed by Ben Shors and Torsten Kjellstrand and edited by Blue Chalk’s Maria Kjellstrand and Rob Finch, the film follows Native American Butch New Breast as he returns to the Blackfeet Reservation fifty years after it was ravaged by a flood that destroyed his community and killed his parents and sister. 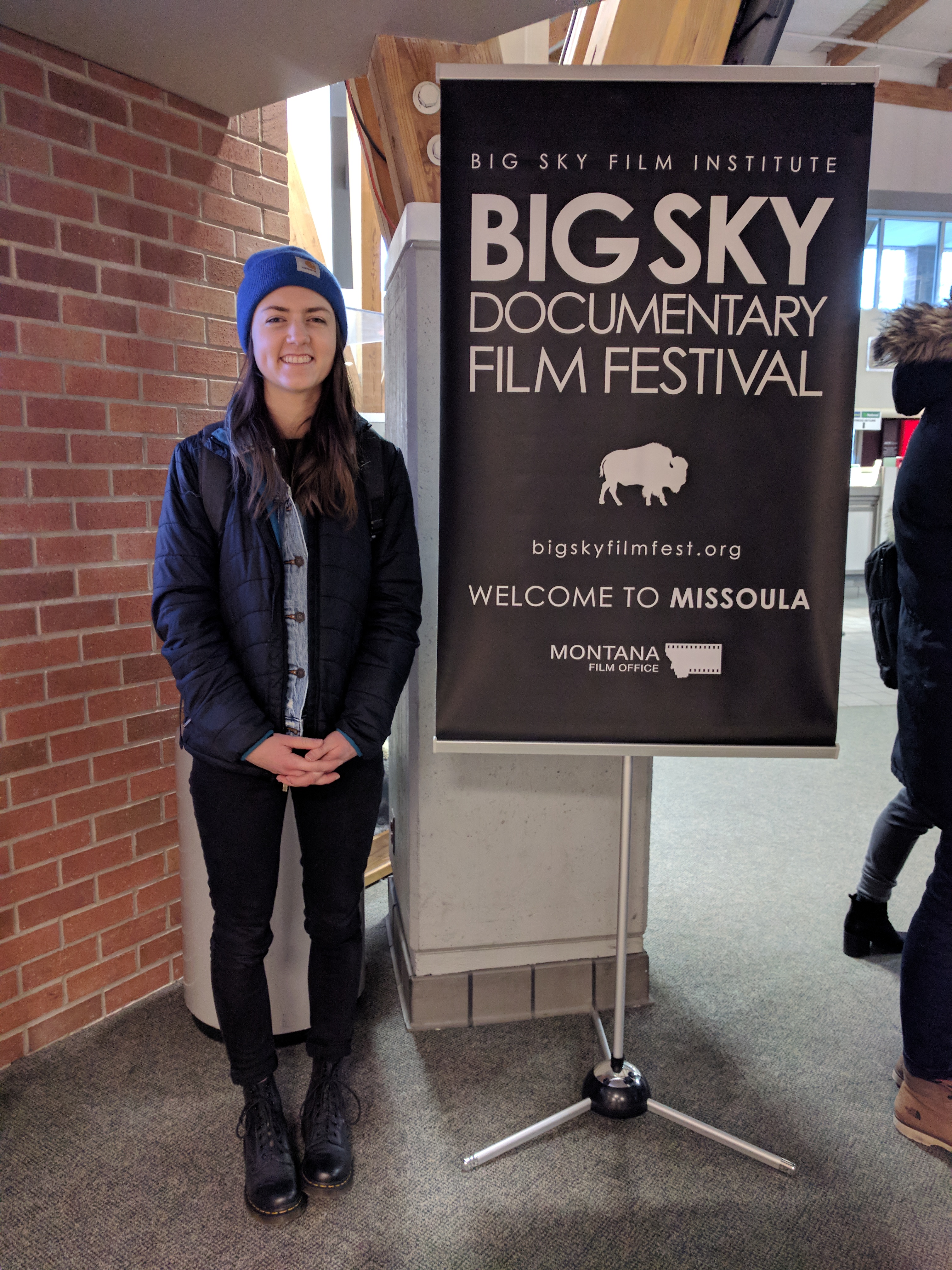 The documentary was filmed over the course of almost five years and is ultimately a story about community resilience and reclaiming an identity after trauma.

Our editor, Maria, made the journey from Portland, Oregon, to Missoula to attend the festival along with the film’s directors, producers, those featured in the documentary and their families.

The film was shown twice at the festival. Both screenings were well attended and featured some very thoughtful audience questions and comments, the highlight of which was when one audience member introduced herself as the granddaughter of one of the people commemorated in the film and said how moved she was by the story—a pretty amazing moment!

In addition to attending the screening, Maria also had the opportunity to attend a number of “docshops,” or panels, by filmmakers and industry leaders.

When asked what she enjoyed most about the festival, Maria said she “really appreciated the opportunity to see the direction that documentary filmmaking is moving in” and to learn more about “the challenges involved in documentary filmmaking but also the incredible power of telling important stories through this medium."