Back to all News

Getting to traverse the globe telling great stories is easily one of our favorite parts of our job. To celebrate yet another year of bucket list assignments, we asked some of our staff to fill us in on their favorite production locations from the past 12 months.

From the mountains of India to the shores of Sierra Leone, we've been to four continents to capture the projects described below. If you'd like to follow us on our adventures going forward, visit our Instagram. 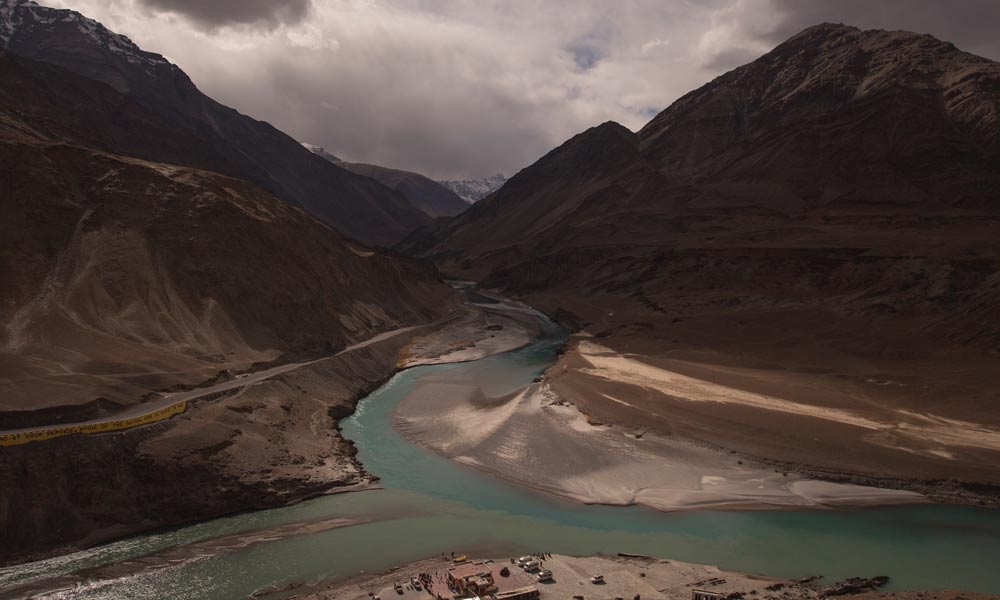 I can’t imagine a better way to experience a place than to be there for nearly 50 consecutive days of production. What made it even more enjoyable was having great travel and creative partners like our producer CK Vijayakumar and our client Sam Morgan, Senior Creative Producer at Meredith. This was an adventure so grand that each day seemed to bring a new highlight. Here are just a few.

We trekked above 15,000 feet into the Himalayas inside Hemis National Park, home of the snow leopard. I learned to scuba dive one morning in the Andaman Islands and was filming underwater by that same afternoon.

We rode buses, planes, trains, bicycles, motorcycles, elephants, zip lines, trucks, jeeps, and camels. We leaped from a cliff near Rishikesh and plunged into the Ganges and dined beside one of India’s most famous couples at the Ananda Health Spa, arguably the most luxurious and authentic Ayurvedic wellness spa in India.

We saw tigers in Bandhavgarh National Park, explored rooftop bars in Mumbai, nearly froze to death at a hotel with no heat in Leh, and got sunburned in the Thar Desert. We discovered hidden waterfalls near Rishikesh and climbed swinging bridges into treehouses at Vythiri Village Resort in Wayanad.

Finally, we made three films that I am so proud of. I’m so thankful for the opportunity and so appreciative of my talented colleagues here at Blue Chalk who brought them to life. When do we go back? 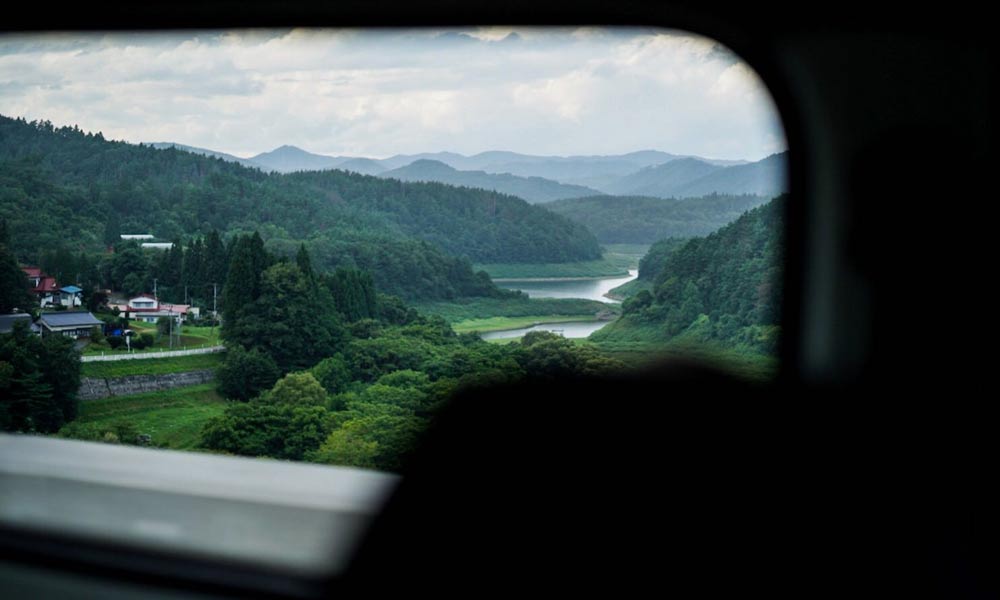 In August this year we partnered with Airbnb’s editorial team to create a short documentary on the city of Kamaishi, a small and typically overlooked industrial town on Japan's northeast coast.

Kamaishi was unlike any version of Japan we were familiar with. There were no huge skyscrapers and no holographic billboards. The largest structures in town were aging steel factories and massive sea walls built to hold back the ocean in the event of another earthquake and tsunami. Megan Clark (the DP on the project) and I arrived to find a place oddly familiar to us — a reflection of many American Midwest towns that tried to reinvent themselves after the exit of heavy industry created a vacuum.

Although we only spent a few days exploring before we rushed back south, the experience and the people we met left me wanting to go back. I was honored to be welcomed into the homes and businesses of the people of Kamaishi. Their spirit and dedication to their community is inspiring. The ramen wasn’t bad, either. 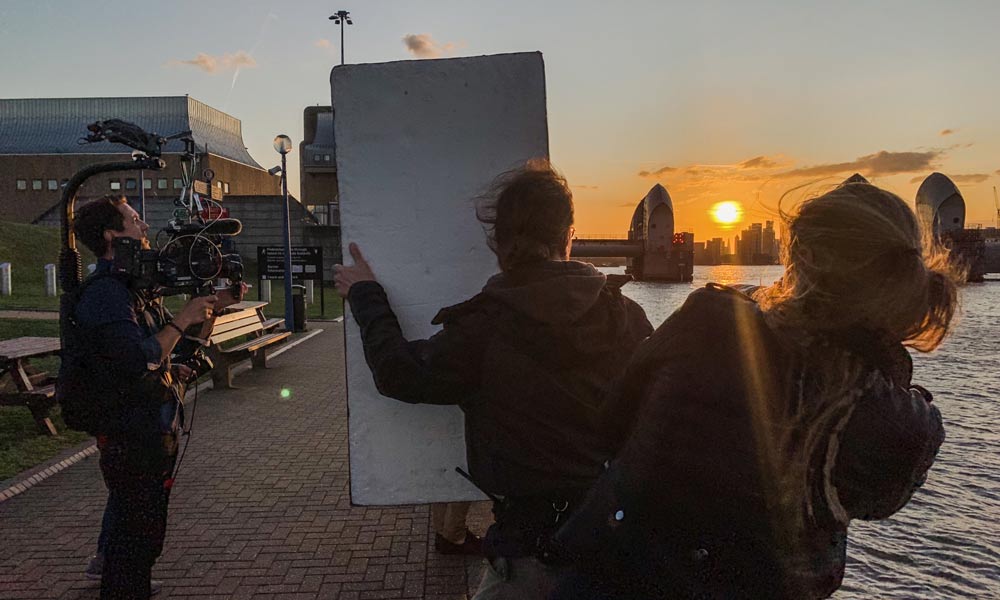 Our team spent nine packed days filming in the U.K. this past year, and here are a few of my most memorable experiences.

Once we arrived, we spent the first couple of days working with our local assistant director trying to secure locations and get permits—you need a permit to film just about anywhere in London! Simultaneously, we were casting about 25 actors we would be filming on the following days, while also securing props, costumes, and other design elements we needed. On multiple days we had 2 a.m. calls with our Portland office to talk through story and even record a fake Skype call we needed as a background prop.

While shooting in a small countryside town at 4 a.m., we got the chance to see a proper morning fog roll over the Thames River. Later, we enjoyed a magical evening watching the most vibrant sunset behind the Thames Barrier. My favorite meal, by far, was from the oldest Punjabi restaurant in London, aptly named Punjab. Their butter naan was “simple but sumptuous,” as stated on their menu, and the service was great!

Our days were long, and our sightseeing was confined to our nine-person van, but we learned a great deal and delivered a final cut to our clients two weeks after we returned to Portland. A job well done, if I do say so myself!

Fun Fact: I mistook the clock tower as Hogwarts and the Tower Bridge as the London Bridge, but hey, who hasn’t? 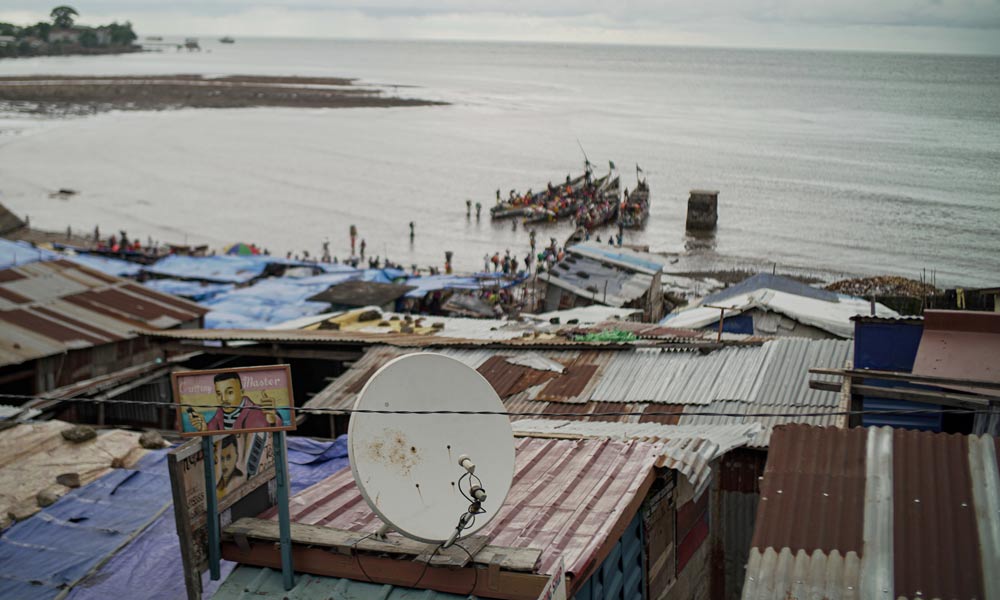 The week I spent filming in Sierra Leone this summer was a beautiful experience. Sierra Leone is a small country by the Atlantic Coast. Freetown, its capital, is right on the water and is a pretty hilly city, so the views are always interesting. The city can feel a bit chaotic—especially during the rainy season—but I was struck by how welcoming and kind everyone was. The rain made filming and getting around a bit challenging, and yet the country is so incredibly green during that season that it was all worth it.

The purpose of the trip was to shadow the Kiva Protocol team as they were prepping for their first National Digital Identity Launch in the presence of Sierra Leone’s president, H.E. Julius Maada Bio. The event itself was an important milestone for the small West African country—leapfrogging into the world of blockchain technology to provide Sierra Leoneans with fingerprint ID and access to the financial sector.

I was especially excited to spend time with Nancy Gbamoi, who became the first citizen to get her fingerprints scanned that day. I traveled to her hometown in the Port Loko district and was welcomed into her home where she cares for 22 family members, mos of whom are children she fosters. Nancy is an incredibly powerful woman and mother, always running around with a large smile on her face.

While in Port Loko, I ventured around the area to make some video portraits. At first, everyone was seemingly reluctant or shy, but after I shot one or two, I turned around, and there was a crowd of people of all ages who wanted to pose. Everyone was laughing and trying to keep a straight face for their portrait. It was such a fun moment I could have stayed there all day just doing this! 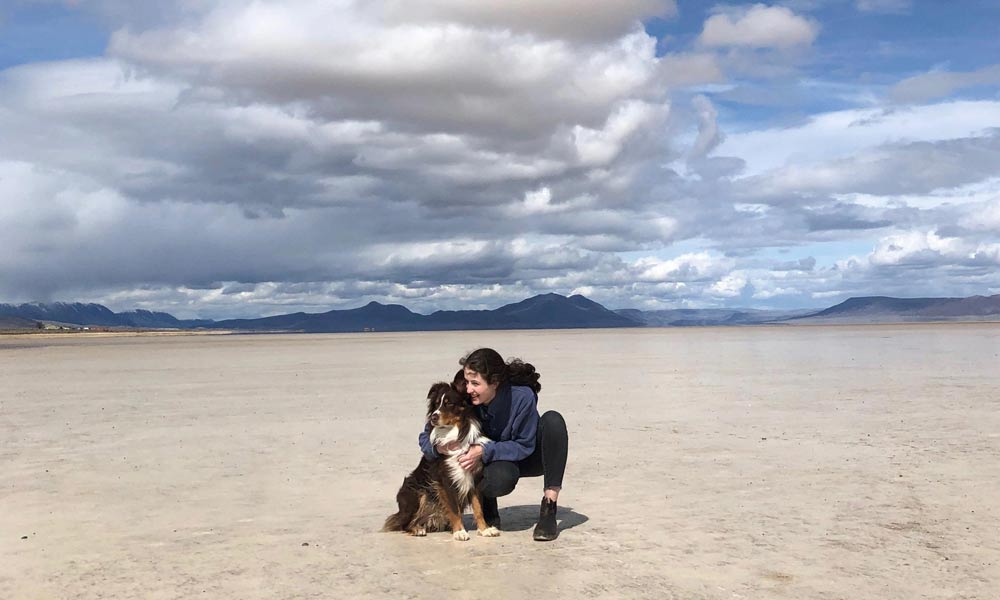 I had never really considered the Steens Mountain Wilderness and adjacent Alvord Desert as winter destinations. But after I, Blue Chalk DP Jamie Francis, and producer Gordon Klco spent a couple of days in Oregon's remote southeastern corner to make a short film for Travel Oregon, I was convinced otherwise.

We got up at sunrise and watched the mist rise off the sagebrush while submerged in a natural hot spring. My loyal Australian Shepherd, Roscoe, got a taste of the trails on a winding run with me up the edge of a canyon, towards the snowcaps. We ran wild, arms out, twirling on a dry lakebed that we had all to ourselves, cameras in hand.

It was one of those special productions. What started as a standard client project also became a love letter to one of our very favorite places, and that's the best kind of work.